Listen to this article

He was the authored a book named Fundamental Legal Conceptions as Applied in Judicial Reasoning and Other Legal Essays (1919). The book together with his two articles in Yale Law Journal (1913) and (1917) embodies most of Hohfeld’s jurisprudence.

Hohfeld’s analysis remains a powerful contribution to modern understanding of the nature of rights. To reflect Hohfeld’s continuing importance, a chair at Yale University is named after him. As this paper seeks to demonstrate in its succeeding chapters, even after hundred years from his demise, Hohfeld’s theories continue to be relevant even today.

Intention of Hohfeld behind giving his theory

Hohfeld’s mission was neither a philosophical inquiry nor a study of the nature of legal relations as an end in itself. His theory was intended on the other hand, to “aid in the understanding and … solution of practical, every day problems of the law”. In other words, Hohfeld only endeavoured to lay out a conceptual understanding of what rights, privileges, powers and immunities are, hoping thereby to bring clarity to legal literature and judicial reasoning.

According to this scheme, in a legal situation where a person has a legal duty, he cannot simultaneously have a privilege, duty being the opposite of privilege. Besides, there must be some other person who has a corresponding right, right being the correlative of duty. In fact, any correlative presents two ends of a single relation that exists between two persons. As regards the notion of opposite, it amounts to a contradiction that tends to explain a situation in a negative way, that is, what a given situation is not.

According to Hohfled, term “right” should not be used indiscriminately to cover what in a given situation is a privilege, a power or an immunity. Hohfeld has demonstrated how cases of privilege, power and immunity are fundamentally different from those of right. He uses the term “right” only when it has a corresponding duty. He says that “right” signifies one’s affirmative claim against another and should be distinguished from “privilege”, which signifies one’s freedom from the right or claim of another. An example may help make this distinction clear. A person X has a privilege to look at his neighbour Y. From the point of view of its correlative, Y has no-right against X to prevent him from doing it. Here we cannot use “right” in place of “privilege” because if we say that X has a right to look at Y, it will imply that it is Y’s duty to let himself be looked at by X, which is not the case. It is only a matter of privilege on the part of X and a matter of no-right on the part of Y in the sense that he cannot prevent X from doing it. Such cases where law does not impose any duty are cases of privilege. “Privilege” is, therefore, not the presence of a right but the absence of a duty. The expression “that’s your privilege” amounts to saying “you’re under no duty to do otherwise”.

As a privilege-no-right situation is different from a right-duty situation, so is a power-liability situation. A power is one’s affirmative control over a given legal relation as against another (whereas a right is a claim against another). Besides, whenever a power is exercised, there is at least one other human being whose legal relation is altered. Such a person can be said to be under a liability. “Liability” should, therefore, be distinguished from “duty”. The statute reading “all free male persons who are twentyone years of age and not over sixty shall be liable to serve as jurors except as hereinafter provided” imposes a liability—a liability to have a duty created.

Similarly, an “immunity” is also not a right for it merely implies one’s freedom or exemption from the legal power of another and not a claim against another. The constitutional rule reading “no Parliament can take away or abridge fundamental human rights guaranteed to the citizens without due process of law” expresses an immunity on the part of the citizens.

It is difficult to understand the most important property rights without understanding these diads. In fact, I will try to argue that the essence of property law lies in these Diads.

The four diads as analysed by Hohfeld are:

The Hohfeldian diads are can be illustrated by property transactions:

1.      Right-Duty: The test for whether a right-duty relationship exists is whether one can directly sue the other.

For example, the whole world is bound not to interfere with one’s proprietary possession, i.e.the whole world has a duty due to the nature of a proprietary interest. The owner of the possessory right can enforce this duty against and sue anyone who interferes with it. This proposition form the essence of S. 5 and 6 of Specific Relief Act, 1963. S 5 SRA states that one can recover the specific immovable property and S.6 SRA states that the one recover possession if he is dispossessed illegally.

2.      Power-Liability:  A “power” denotes the control exercised by a person as regards his legal relations with another,

Similarly the lessor has POWER to coerce lessee to pay rent and lessee is under DUTY to pay rent.

“Immunity” indicates one’s freedom from the legal power or “control” of another.

If the mortgagor transfers his property to mortgagee then mortgagee is IMMUNE from exercise of right to redemption by mortgagor until condition has been fulfilled or mortgage money is paid and mortgagor is DISABLED from exercising their right of redemption against mortgage.

For example: A, a lessee, is relieved from B, a lessor, from forfeiture of lease term under s. 114 and 114-A TPA. In this case, A has got a PRIVILEGE to use the leased property. From the point of view of its correlative, B after giving relieve to A has NO-RIGHT to evict him(A) as the lease has become alive. 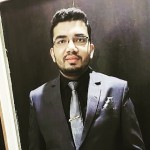 HOW TO STUDY PROPERTY LAW?

Want to get blog or article published?

Want to get blog or article published?

Get Law Samjho on Google Playstore